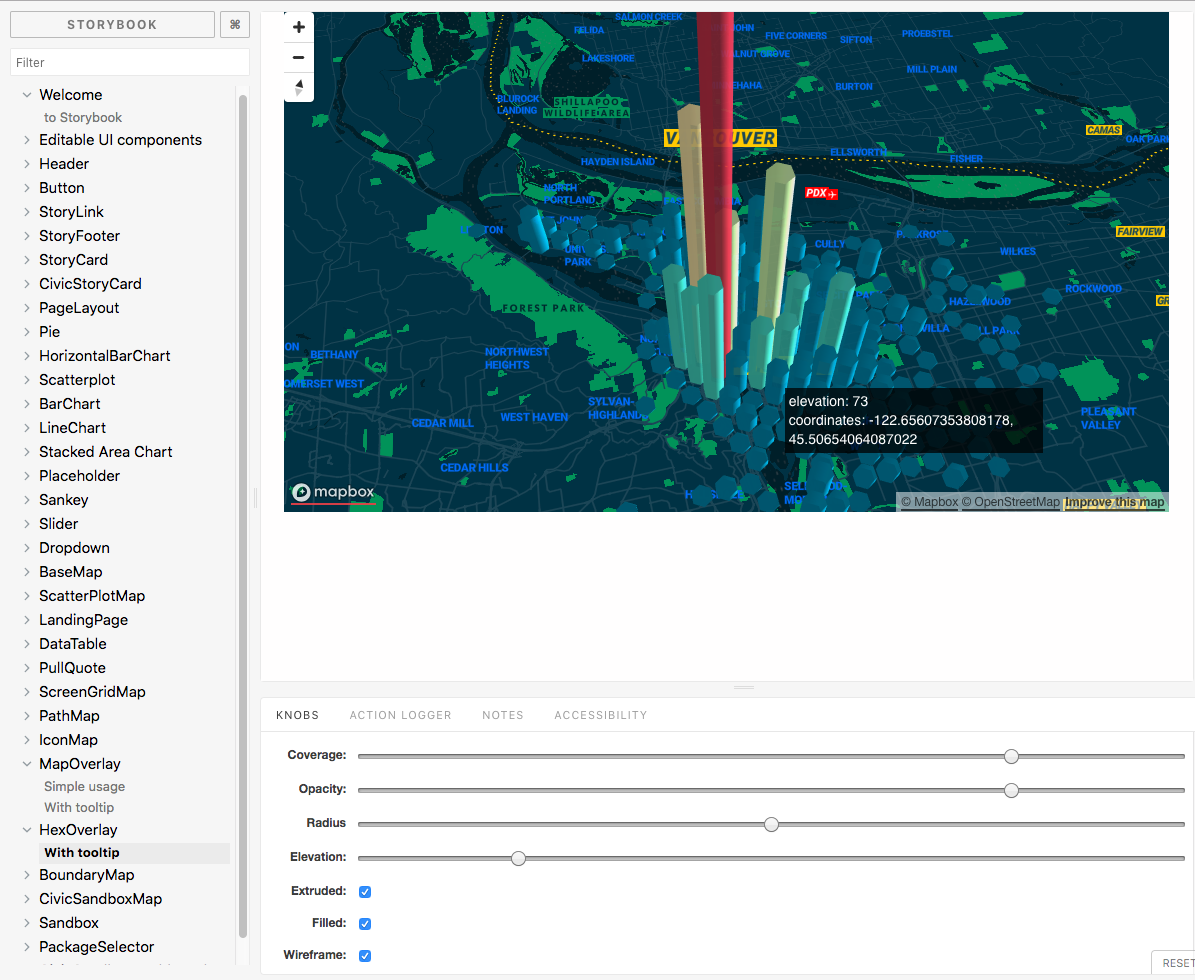 Contributed to an awesome open source project as a member of HackOregon: "the civic platform". Using React, Leaflet, MapBox, and d3 and WebGL MapOverlays "MapOverlay" and "HexOverlay" help the world explore data in meaningful visual ways. The user can customize their experience, tuning knobs allow users to change what they interact with. Suddenly formerly inaccessible government data becomes accessible to all. The project has reached its "demo day" where it was first released to the public, we held an open conference to share it. The organization is now on a well deserved break and will likely continue at a later date. http://civicpdx.org/ https://civicplatform.org/sandbox https://github.com/hackoregon/civic

*Signed in users can view create edit and delete comments: Sign in now.